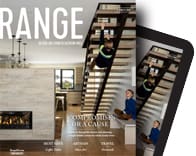 With a glass of one-ice-cubed mezcal in your hand, the warm heat of a cooling high desert floor moves up your spine. The imposing Sangre de Cristo Mountains rise to the east, and a pastel-crushed sunset spans the dusty downslope valley to the west. Over the adobe skyline of Santa Fe, the smell of burning pinion rises, matching the smoky bite of your mezcal.

It is fall in Santa Fe and, Dorothy dear, you aren’t in Jackson any more. This ancient city of adobe and spiritual woo-woo has been a magnet for seekers and saints for centuries and continues to bewilder and enchant—a heady potion made up of colonial Spain, 19th-century Mexican nationalism, territorial war, and westward expansion.

Plus, there’s mezcal. (Yeah. Tequila’s over.)

Get Your art and Architecture On

The city of Santa Fe long ago consecrated its look and feel in codified urban planning scripture, and its modern fathers have kept the faith. Don’t try to build a structure—be it a multi-use condo or otherwise—over two stories here. Esta prohibido. In 1912, when the city’s population hit 5,000, the town padres channeled the City Beautiful Movement, a philosophy of architecture and urban planning that set civic beauty as the means to the end of a harmonious social life. Santa Fe’s strict height and building restrictions have staved off the sprawl and ugliness that mar other southwestern cites like Phoenix and Albuquerque and created a real estate market that rivals Jackson Hole’s price point.

One of the oldest buildings on the Plaza, the square at the heart of Santa Fe’s compact old town, is the Palace of the Governors (105 W. Palace Avenue, palaceofthegovernors.org). A civic and commercial space, it has been in operation since 1610, ten years before the Mayflower landed at Plymouth Rock.  The building, under seemingly constant restoration, maintains sections of its original construction and upgrades from later eras. The Palace is also home to the New Mexico History Museum (505/476-5200, nmhistorymuseum.org) where you’ll learn about the state’s unusual battle for statehood, its dubious honor in the history of the creation of the atomic bomb at Los Alamos, and Fred Harvey, the first chain restaurant and hotel magnate in the West. His hotels and lodges in Santa Fe and around the untamed edges of the Santa Fe Railway line (like the Grand Canyon) influenced American design and architecture and modern ideas of travel, for good and ill. The good: Early Harvey Lodges, with their use of local materials and emphasis on the environment, were the model for the great National Park lodges we revere today. The ill: homogenized lodging and restaurants, everywhere.

Reserve a room at La Fonda (100 E. San Francisco St., 505/982-5511, lafondasantafe.com). This historic landmark hotel is adjacent to both the Plaza and the Cathedral Basilica of Saint Francis of Assisi, aka the Saint Francis Cathedral, a squat Romanesque church that challenges the city’s height-restricted skyline—barely (131 Cathedral Place, 505/982-5619, cbsfa.org). At La Fonda, grab a drink by one of the many roaring fireplaces amid long halls with large paintings by Gerald Cassidy. Note the boldly painted Kit Carson, who gives you the hairy eyeball from a pillar in the lobby. The art moves around, so be sure to ask about Cassidy’s famed depiction of Shalako, The Giant Messenger, a rendition of an archetypal Zuni figure.

The Plaza is home to the same type of, well, let’s call it “high-end souvenirs” you’ll find on Jackson’s Town Square, with one exception: The Original Trading Post (201 W. San Francisco St., 505/984-0759, santafesilverart.com). There are other shops of this ilk in and around The Plaza, but as the name says, this is the original. In addition to a nicely curated selection of Native American jewelry in the staff-served cases, there is a maze of kitschy postcards and kachina dolls, back rooms of quirky bags and gifts for the kids (what kid doesn’t need a taxidermized chicken talon?), and treasures, prints, and paintings you might actually want to put up or put out for display.

During fall and spring, the Native American peddlers outside the Palace of the Governors are where it’s really at. Here you will most often deal directly with the artisan who made each piece.

Canyon Road (visitcanyonroad.com) offers a concentrated collection of more than 100 galleries, boutiques, and pit stops for coffee, drinks, and a lovely lunch, scrunched into less than one-half mile. Canyon Road terminates at the Randall Davey Audubon Center (1800 Upper Canyon Rd., 505/983-4609, audubon.org), where you can take a guided birding tour across 135 acres of preserved high desert landscape.

The poster child of Santa Fe’s modern mystic magnetism is Meow Wolf (1352 Rufina Circle, 505/395-6369, meowwolf.com), an immersive experience where touching and climbing are encouraged. In 2010, a cooperative of young refugees from Burning Man, the annual living experiment/performance art party in the Nevada desert, came to town. They set up shop out of a VW microbus and started making things. A supportive community and some generous backing by George R.R. Martin—author of the “A Song of Fire and Ice” fantasy series that the HBO show Game of Thrones is based on and a Santa Fe resident since 1979—led to a permanent Meow Wolf installation in a defunct bowling alley on the edge of town. The adventure starts in the front yard of a Ray Bradbury-feeling home from Anytown, USA. Open the refrigerator door and step through it. On the other side is another dimension of sight and sound. If you’re feeling nimble, you can also get to this dimension by climbing into and through a washing machine. Don’t worry: This will all make sense once you’ve been.

Head outside of town to one of the eight Northern Indian pueblos along the Rio Grande (santafe.org). These pueblos are a glimpse into life in the western Americas before the Spanish arrived in the region in the 1500s.

The watchtower, or Atalaya Mountain, is a great way to get the lay of the land. Atalaya is a 9,121-foot-high mountain on the outskirts of Santa Fe. Several hiking trails take you to its summit, at which lookouts have watched for signs of fire for centuries. The most popular trail starts at St. John’s College (1160 Camino De Cruz Blanca, 505/984-6000, sjc.edu) and is a 5.8-mile round-trip way to sweat out all the red and green chile.

Although you often have to join the waitlist to get a table at The Shed (113 1/2 E. Palace Ave., 505/982-9030, sfshed.com), its true New Mexican menu is worth it. Start the countdown with a seat at the bar and order a Silver Spur margarita with a mezcal float. Continue on that path or step outside to Cathedral Park and watch the light (it’s a thing). Either way you should start pondering how you’ll answer one of the most important questions you’ll be asked while in New Mexico: red or green? The question refers to the distinctive and either very spicy (green) or very, very spicy (red) chile sauces that smother pretty much every entrée at The Shed, and pretty much everywhere else in town. Answer this question with “Christmas” to try both. Pop a Zantac first.

Dr. Field Goods Kitchen and Butcher + Baker (2860 Cerrillos Rd., 505/471-0043, drfieldgoods.com) embraces the local-first vibe with local produce and meat. This is a hearty lunch stop, with meaty meals coming out of its signature wood-fired oven. In the butcher shop you can get choice cuts of locally grown beef and pork to take back to to your AirBnB to grill up yourself.

Beyond the touristy confines of El Plaza and the classic comforts of La Fonda lies El Rey Court (1862 Cerrillos Rd., 505/982-1931, elreycourt.com), a funky relic along the original Route 66 in an area that used to be the outskirts of town. Staying away from The Plaza isn’t a big deal because Santa Fe is not a large city; here there’s the added benefit of the rooms being spread out over five leafy acres. An ample canopy and a glittering pool offer a quiet refuge. Get breakfast next door at The Pantry (1820 Cerrillos Rd., 505/986-0022, pantrysantafe.com), a local legend that has been serving gloriously spicy New Mexican food since 1948. Again, Zantac.

If Santa Fe somehow doesn’t give you an intense enough distillation of folk art and New Mexican culture, take a day trip to Chimayó and visit the El Santuario de Chimayó (15 Santuario Dr., Chimayó, 505/351-9961, holychimayo.us). El Santuario is a sacred pilgrimage site for Catholics and features beautiful reredos, brightly painted wooded screens that portray various saints. Some of these were done by the folk artist Molleno, who created reredos and retablos in places of worship around the region from about 1815 to 1845. Known as the “chile painter,” Molleno’s negative spaces are marked by his signature use of flat color areas in green and red, matching the chiles you had last night for dinner. You can taste the art, in a sense, at Rancho de Chimayó (300 Juan Medina Rd., Chimayó, 505/351-4444, ranchodechimayo.com), named by the James Beard Foundation as an American Classic dining spot. And then drop a few bucks on the best red chile powder in the world, on sale in every gift shop in the area.